At Walk the Arts, we start our personalized teaching according to the level of each participant. Under our direction, and as a group, we move on forward. We promote creativity and authenticity in a much more demanding and complex “artworld”. Enjoy the uniqueness of everyone.

I am currently painting because of the love of the rich, vibrant colours that I splash spontaneously across the canvas, curious to see where the rivers of paint will run, hoping to create a magical world of dramatic abstract imagery.  Painting is pure escapism from the news of the day.

I paint because the beauty of human nature gives me hope. Capturing a person’s emotions, beliefs, culture and way of life fascinates and touches me. This intimate sharing translates into works that calm my mind and give me confidence in the future. 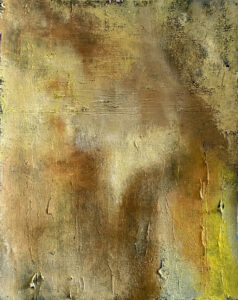 Mid crit on March 9 by the instructor and the class.