At Walk the Arts, we start our personalized teaching according to the level of each participant. Under serious questioning under our supervision, and as a group, we move on forward. We promote creativity and authenticity in a much more demanding and complex “artworld”. Enjoy the uniqueness of everyone.

Click on some thumbnails to see the works – some not visible. 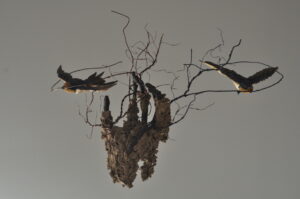 My love of nature and my education in Biology, Entomology and Ornithology greatly influence my work.  I strive to merge the rational and the emotional, loss and regrowth, failure and beauty in the pieces I create. 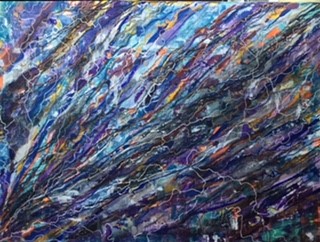 Why do I paint? So often I’ve been asked the question. I paint my outlook on humanity.

I paint because I feel the need to create art with colours and shapes that represent certain aspects of the world around me, my appreciation of it and how it impacts me

I love to paint because I like to tell a story without words. I am intrigued by the emotions colors give. I am fascinated by the effect that paintings have on the human mind. I enjoy exploring my other self and trying to emulate this through my paintings. It is my serenity.

I paint because the beauty of human nature gives me hope. Capturing a person’s emotions, beliefs, culture and way of life fascinates and touches me. This intimate sharing translates into works that calm my mind and give me confidence in the future.

I paint for those days when I am in the flow and feel the exhilaration of freely expressing my creativity even while knowing that there will be other days of struggle, turgidity and hopefully breakthrough.  I very much like the physicality of putting paint on a canvas – the gesture, the mark, the mixing of colors – the process of making and revealing.  Having spent a professional life solving problems for others it is with great joy that I approach each piece with the intention to delve deeply and express my innermost thoughts and feelings 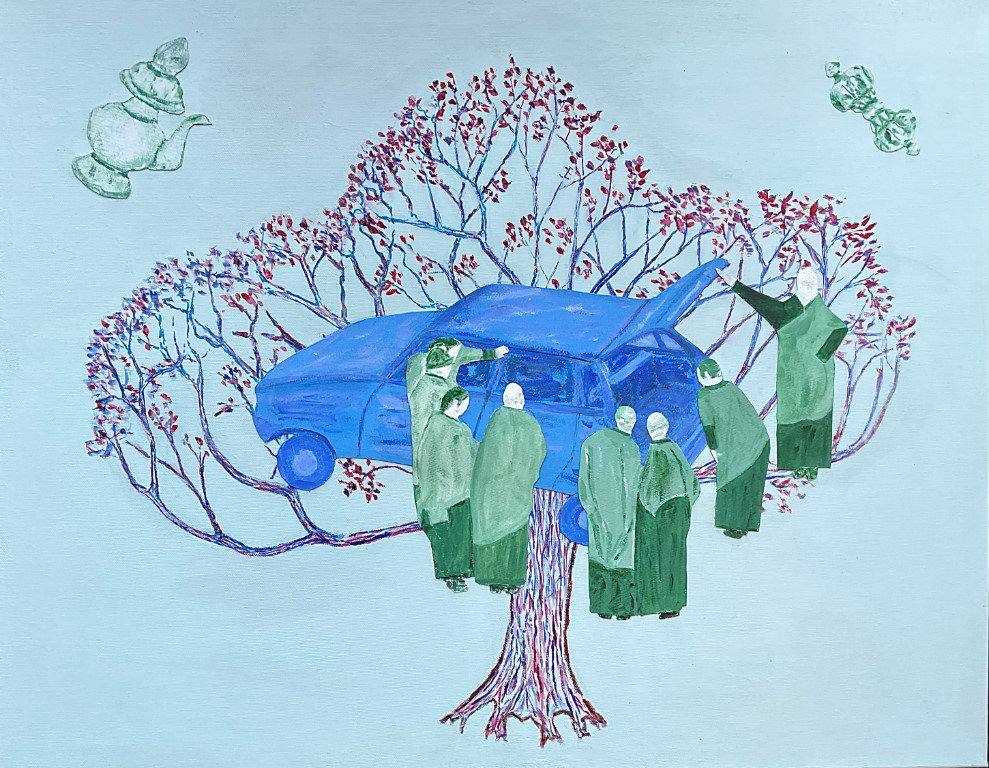 I paint because I like to express on canvas my perspectives on perception and how we see. I enjoy focusing on the confluence

I’am painting today so I may share my thoughts and Ideas. My art remains an unpredictable source of my imagination. 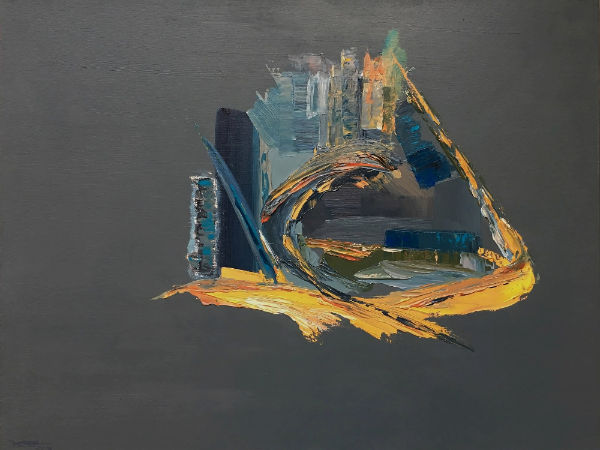 I must create on canvas oases born of visions of vital balance… I always hope that the finished painting reveals a search for serenity.

I am currently painting because of the love of the rich, vibrant colours that I splash spontaneously across the canvas, curious to see where the rivers of paint will run, hoping to create a magical world of dramatic abstract imagery.  Painting is pure escapism from the news of the day. 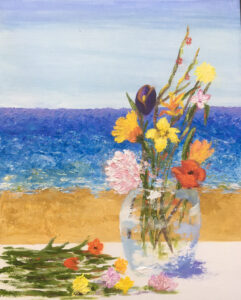 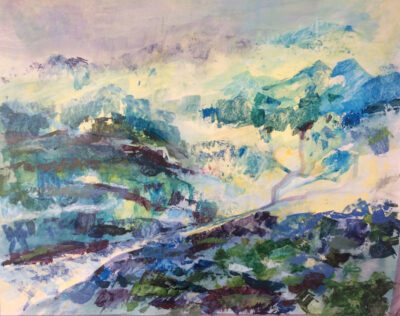 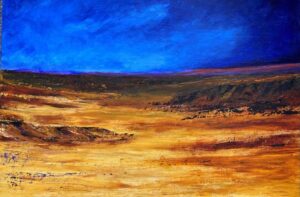 I paint for enjoyment, a break from routine activities, and importantly the companionship with my friend Joy in USA.  I love the tactile properties of paint….dragging and pushing the colours of our Australian outback with gay abandonment…whether realistic, abstract or expressionist.

I paint to fulfill my need for color and aesthetics in my mundane world of covid restrictions. The restrictions have allowed more downtime and exploration of different media. I paint to communicate with my long distant friend by sharing our art and life challenges.

I paint to express myself freely and fully.

I paint because it sparks joy. I must find visual beauty, calm, serenity, logic in chaos to appease the soul. Like Japanese “zen” and “wabi sabi”, Swedish “lagom”, Danish “hygge”, I am inspired by beauty, nature, history, traditions, culture, travel. Like Greek “meraki”, I think (I hope) I leave a piece of myself in my work. 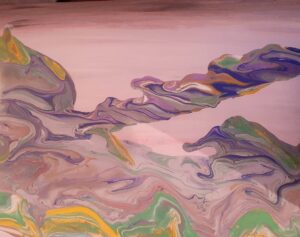 I am currently painting because….

I draw and illustrate in order to understand the world and come to terms with my own mortality and flaws.  Death, life, nature, and science are my favourite things- bringing them together in a symbiosis brings me joy. All of these subjects can be beautiful and terrifying. I love it. 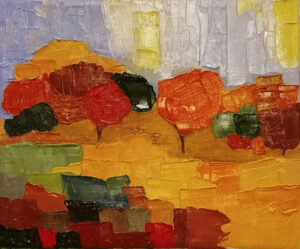 As an interest in my inner life, revelation, development, and surpassing oneself feeds my artistic approach, I chose painting as a means of expression and self-observation 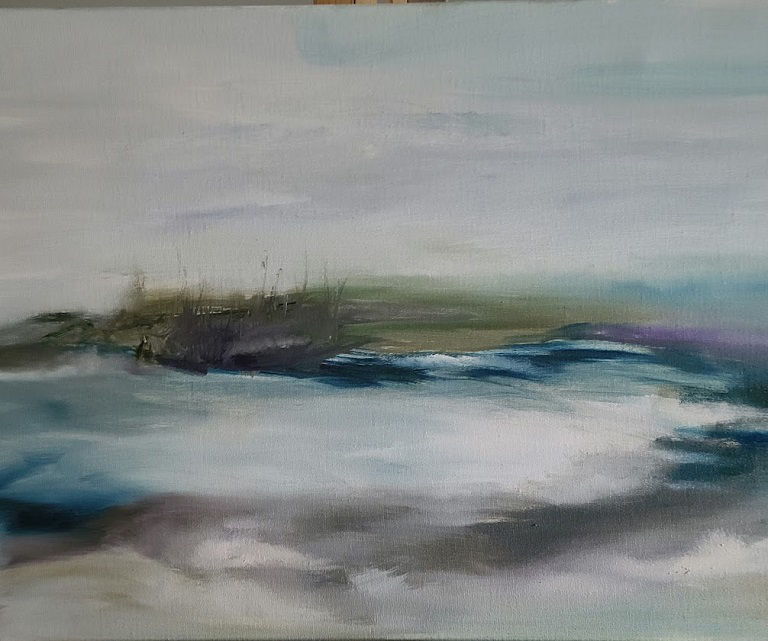 From still-life to landscape, my paintings are inspired by nature and the embedded industrial images of Detroit. 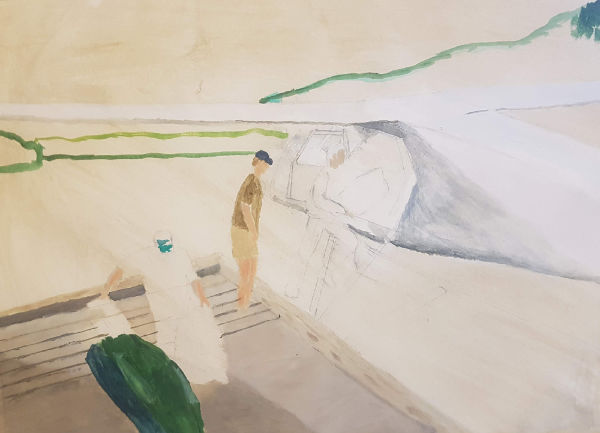 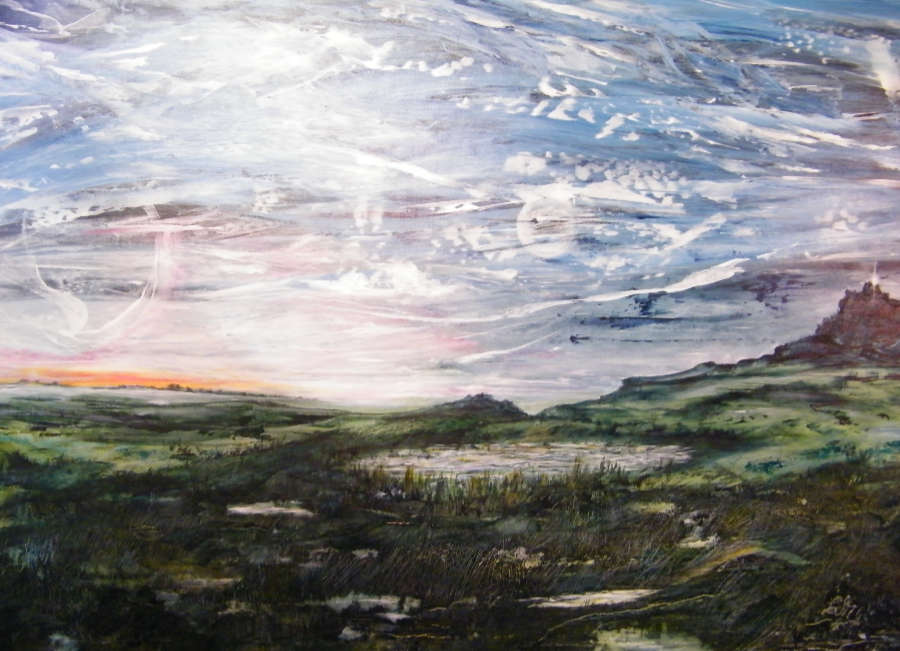 Like the spider spinning her web\My canvas, I create my vision. 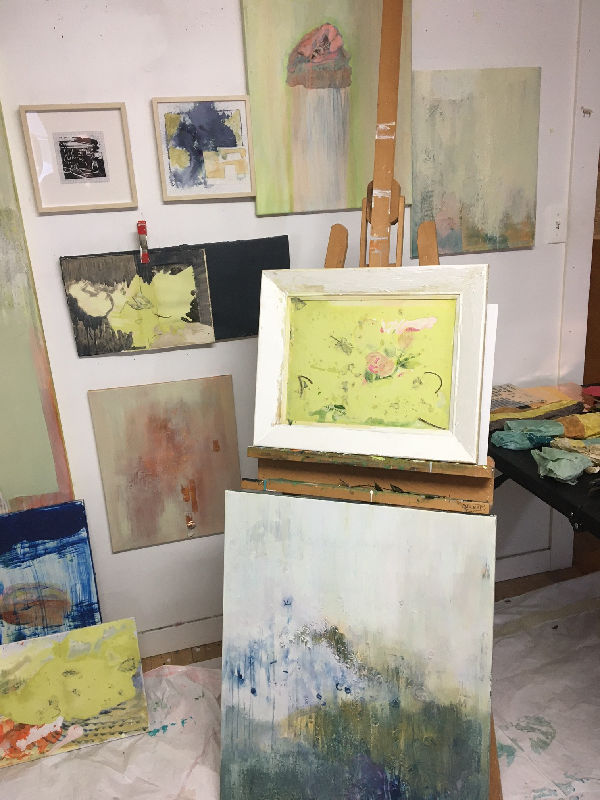 Vicky Neumann is one of the important artists of Colombia. She is represented by the best galleries in her country.

In 2018, the Museo Rayo in Roldanillo, Valle del Cauca, held a retrospective of her work entitled Vicky Neumann. In 2017 he showed his most recent works in the exhibition Doméstico Alterado at Galería El Museo, Bogotá. In 2015 she presented the exhibition, Juventud sin divino tesoro at the Universidad Nacional in Bogotá and in 2012 the exhibition Vicky Neumann, at the Museo de Arte de Caldas in Manizales, among others. His works are part of important national and international collections, including Delaware Art Museum, United States, Museum of Latin American Art, Long Beach, California, Museo de Arte Contemporáneo de Bogotá and Museo de Caldas, Manizales.

The artworks of Colombian artist Vicky Neumann present a contemporary reality, which is disconcerting to some viewers because of its fresh, haughty, creative, and innovative language. From a chromatic and compositional point of view, Neumann’s work delves into the subject of the paintings in a different order, oriented and reformulated as a pretext to paint.

The artist’s works become compositions that incorporate cut canvases, reconfigured paintings, and, particularly, Clementina’s embroideries. These works require attention and attention; beyond the colors and the drama of the gesture, there is a reality that is perceived in the transformed landscape, in the threads that tell a story. Vicky Neumann gathers, as a visual and plastic homage, elements that challenge her from the daily life of Clementina, from her environment, and from the bond built between the two of them.

Milly Ristvedt was born in Kimberley, B.C. and studied at the Vancouver School of Art (now Emily Carr University). She began her art practice in Toronto and had her first exhibition there in 1968 with the Carmen Lamanna Gallery. Her work was included in the 7th Biennial of Canadian Painting at the National Gallery of Canada and the 3rd International Pioneer Galleries Exhibition at Musee Cantonal, Lausanne and Musee d’Art Moderne, Paris during this period. During a three-year period in Montreal, from 1970 to 1973, Ristvedt was a founding member of Véhicule Art Inc., the first artist-run centre in Montreal, and had a solo exhibition at the Musee d’Art Contemporain de Montréal.

Since 1968 Ristvedt has had more than fifty solo exhibitions, including a travelling ten-year survey exhibition in 1978 organized by the Agnes Etherington Art Centre, and her work has been included in national and international exhibitions. She has received grants for her work from the Canada Council for the Arts and the Ontario Arts Council, and in 2012 was awarded the Queen’s Diamond Jubilee Medal for her service as Advocacy Representative for the Royal Canadian Academy of Arts.